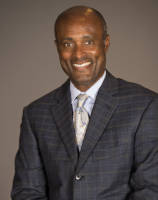 The HBS club's breakfast with Ray Anderson unfortunately had to be canceled.

The Harvard Club of Phoenix is pleased to join the Harvard Business School Club of Arizona to invite you to breakfast with Ray Anderson, Vice President for University Athletics and Athletics Director at ASU. Prior to his current role with ASU, Anderson was the Executive Vice President of Football Operations for the National Football League. Anderson earned his J.D. from Harvard Law School and a BA in Political Science from Stanford.

Tickets include a wonderful breakfast and great speaker at the Phoenix Country Club.